John D. Caputo is David R. Cook Chair of Philosophy at Villanova University. He is author of More Radical Hermeneutics; The Prayers and Tears of Jacques Derrida; Against Ethics; and Radical Hermeneutics. He is co-editor (with Michael J. Scanlon) of God, the Gift, and Postmodernism.

Mark Dooley is John Henry Newman Scholar in Theology at University College, Dublin. He is author of The Politics of Exodus and From Aquinas to Derrida. 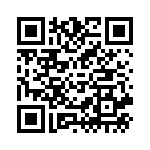