Página 152
Mr. BAKER , by unanimous consent , submitted the following resolution ; which was read , considered , and agreed to : Resolved , That the report of the Commissioner of Education , with the accompanying documents , be referred to the ...
Página 183
Mr. BUTLER , of Massachusetts , by unan : imous consent , introduced a bill ( H. R. No. 1579 ) to secure and protect the freedom of transit within the United States ; which was read a first and second time , and referred to tie ...
Página 273
Mr. HENDRICKS presented a petition of He also asked , and by unanimous consent consent obtained , leave to introduce a bill ( S. citizens of Indiana , praying that a pension be obtained , leave to introduce a bill ( S. No. 750 ) No. 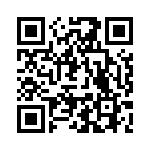