Página 75
I observed , as we passed along , a great number of men who were sprinkling the
streets with water , in order to lay the dust , which , in dry weather , would not only
be troublesome to passengers , but very obnoxious also to the hops ; whose ...
Página 313
... and as steadily practised as the voice of nature will allow : The married man ,
whose passions have been stronger , whose morals have been less callous , or
whose interest has furniMed motives to matrimony , doubts whether each child be
...
Página 583
This man , whose name is Bousquet , had seen the first edition of the present
work , and had felt so sore under the attack made on him by the author , that he
has fince published an answer , in which he scarcely denies one fact charged on
him ... 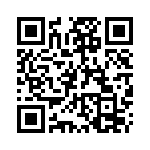