COLE C. KINGSEED (Col. USA, ret.) is Professor Emeritus of History at the United States Military Academy, West Point. He is the author of Eisenhower and the Suez Crisis of 1956 (1995). 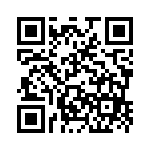