Second in the Ravenscar trilogy (after The Ravenscar Dynasty, 2007) draws more tortured parallels between the über-rich Deravenel clan and the Plantagenet and Tudor monarchs.After wresting control ... Leer comentario completo

This second novel in the insipid trilogy that Bradford started last year with The Ravenscar Dynasty picks up where Dynasty left off in 1918. Edward Deravenel is now in his thirties and running his ... Leer comentario completo

Barbara Taylor Bradford is the author of 25 bestselling novels, includingPlaying the Game, Breaking the Rules, and The Ravenscar Dynasty. She was born in Leeds, England, and from an early age, she was a voracious reader: at age 12, she had already read all of Dickens and the Brontë sisters. By the age of twenty, she was an editor and columnist on Fleet Street. She published her first novel, A Woman of Substance, in 1979, and it has become an enduring bestseller.

Barbara Taylor Bradford's books are published in over 90 countries in 40 languages, with sales figures in excess of 82 million. Ten of her novels have been adapted into television mini-series starring actors including Sir Anthony Hopkins, Liam Neeson, Deborah Kerr and Elizabeth Hurley. She has been inducted into the Writers Hall of Fame of America, and in June of 2007, Barbara was awarded an OBE (Order of the British Empire) by Queen Elizabeth II for her contributions to Literature.

She lives in New York City with her husband, television producer Robert Bradford, to whom all her novels are dedicated, and their Bichon Frise dogs, who sit under her desk while she writes. 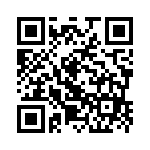