Lynda Lasswell Crist has been the editor of The Papers of Jefferson Davis since 1979. Barbara J. Rozek is the author of Come to Texas: Attracting Immigrants, 1865–1915. Kenneth H. Williams is director of publications for the Kentucky Historical Society and editor of the Register. 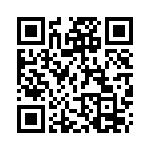