Página 21 - My paramount object in this struggle is to save the Union, and is not either to save or destroy Slavery. If I could save the Union without freeing any slave, I would do it; and if I could save it by freeing all the slaves, I would do it; and if I could save it by freeing some and leaving others alone, I would also do that.
Aparece en 1397 libros desde 1758-2008
Página 68 - Against the insidious wiles of foreign influence, I conjure you to believe me, fellow-citizens, the jealousy of a free people ought to be constantly awake, since history and experience prove that foreign influence is one of the most baneful foes of republican government.
Aparece en 780 libros desde 1789-2008
Más
Página 200 - To found a great empire for the sole purpose of raising up a people of customers, may at first sight appear a project fit only for a nation of shopkeepers.
Aparece en 264 libros desde 1811-2008
Página 68 - ... (who devote themselves to the favorite nation,) facility to betray, or sacrifice the interests of their own country, without odium, sometimes even with popularity; gilding with the appearances of a virtuous sense of obligation, a commendable deference for public opinion, or a laudable zeal for public good, the base or foolish compliances of ambition, corruption, or infatuation.
Aparece en 452 libros desde 1789-2007
Página 69 - The great rule of conduct for us in regard to foreign nations is, in extending our commercial relations to have with them as little political connection as possible.
Aparece en 1190 libros desde 1789-2008
Página 14 - I have no purpose, directly or indirectly, to interfere with the institution of slavery in the States where it exists. I believe I have no lawful right to do so, and I have no inclination to do so.
Aparece en 1086 libros desde 1758-2008
Página 190 - He has made us the master organizers of the world to establish system where chaos reigns. He has given us the spirit of progress to overwhelm the forces of reaction throughout the earth. He has made us adepts in government that we may administer government among savage and senile peoples.
Aparece en 262 libros desde 1900-2008
Página 152 - Orleans, in return for the most scrupulous non-interference and courtesy on our part, it is ordered that hereafter when any female shall, by word, gesture, or movement, insult or show contempt for any officer or soldier of the United States, she shall be regarded and held liable to be treated as a woman of the town plying her avocation.
Aparece en 374 libros desde 1858-2008
Página 34 - In the First Amendment the Founding Fathers gave the free press the protection it must have to fulfill its essential role in our democracy. The press was to serve the governed, not the governors. The Government's power to censor the press was abolished so that the press would remain forever free to censure the Government The press was protected so that it could bare the secrets of government and inform the people.
Aparece en 130 libros desde 1923-2008
Página 9 - I have but one lamp by which my feet are guided, and that is the lamp of experience. I know of no way of judging of the future but by the past.
Aparece en 854 libros desde 1818-2008
Menos 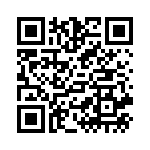