Página 4 - Prohibition will work great injury to the cause of temperance. It is a species of intemperance within itself, for it goes beyond the bounds of reason in that it attempts to control a man's appetite by legislation, and in making crimes out of things that are not crimes. A prohibition law strikes a blow at the very principles on which our government was founded.
Aparece en 55 libros desde 1883-2008 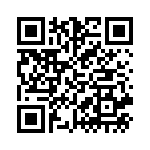