John Marini is a senior fellow at the Claremont Institute and associate professor of political science at the University of Nevada, Reno. He is the coeditor of The Imperial Congress: Crisis in the Separation of Powers (1989) and the author of The Politics of Budget Control: Congress, the Presidency, and the Growth of the Administrative State (1992). Ken Masugi is director of the Center for Local Government at the Claremont Institute. He is the coauthor, coeditor, or editor of seven books on American politics and political thought. 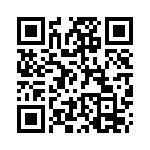