Amy Lawrence Lowell (February 9, 1874 - May 12, 1925) was an American poet of the imagist school from Brookline, Massachusetts, who posthumously won the Pulitzer Prize for Poetry in 1926. Although Amy Lowell did not look like the stereotypical poet---she was of ample build and enjoyed smoking large black cigars in public---she did write verse that was revolutionary in its time. When "Sword Blades" and "Poppy Seed" (1914) were published, she emerged as the leader of the new poetry movement called the imagist school, and so thoroughly was she identified with this new precise and delicate style that Ezra Pound jokingly proposed to retitle it "Amygism." Two of her poems, "Patterns" (1915) and "A Lady" (1914) are frequently anthologized, both demonstrating her vivid depiction of color, agility with sharp images, and precise use of words. Lowell came from a well-known and established Boston family that included James Russell Lowell as one of her predecessors and was later to produce another well-known poet in the person of Robert Lowell. Louis Untermeyer said of Amy Lowell in his introduction to "The Complete Poetical Works" (1955), that "her final place in the history of American literature has not been determined, but the importance of her influence remains unquestioned. Underneath her preoccupation with the need for novelty...she was a dynamic force." Her posthumous volume, "What's O'Clock" (1925), was awarded the Pulitzer Prize for poetry in 1926. 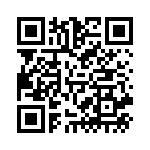