Página 17
Now and then a carrier dead in harness, at rest in the long grass near the path,
with an empty water gourd and his long staff lying by his side. A great silence
around and above. Perhaps on some quiet night the tremor of far-off drums,
sinking, ...
Página 29
The sun was low; and leaning forward side by side, they seemed to be tugging
painfully uphill their two ridiculous shadows of unequal length, that trailed behind
them slowly over the tall grass without bending a single blade. "In a few days the
...
Página 30
On silvery sandbanks hippos and alligators sunned themselves side by side. The
broadening waters flowed through a mob of wooded islands; you lost your way
on that river as you would in a desert, and butted all day long against shoals, ...

Joseph Conrad (1857–1924) was fluent from birth in French as well as his native Polish. He learned his third language, English, as an adult, and it was in English that he wrote his evocative stories and novels. Conrad drew upon his experiences in the British and French navies to portray the struggles of humanity amid the world's vast indifference. 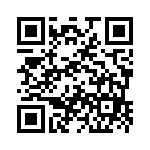