Página 30
These are most tantalizing , for the sales presumably by Pritchard do not give the
name of the purchaser ( one wonders. 20 These four notebooks , hereafter
referred to as Zane A , B , C , and D , are among the Zane Papers , Coates and ...
Página 187
He would give an exact imprint , based on the bookseller ' s other publications ,
and would give an exact pagination , taken from another edition . People using
the bibliography have assumed from all this detail that Evans was describing an ...
Página 277
... give a picture of Harvard ' s reaction to Max Beerbohm , Oscar Wilde , Aubrey
Beardsley , and their school ; and to The ... be that the book gives an actual
picture of that small coterie at Harvard who became the devotees of art for art ' s
sake . 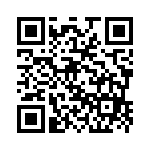