Página 467
But this ” Council ” , in fact a court , was certainly not intended to be of much
political importance . As a matter of fact , the main function of the Constitutional
Council , now an extremely important political actor , was neither to check the
main ...
Página 468
However , the fact that the political power of the German court was intentional ,
and that some judges are former political colleagues , does certainly not
eliminate conflicts between the court and the other branches of the state .
Página 469
Facts , however , do not corroborate such a conclusion . Overall , human dignity
is hardly less well respected in England than in France or in Germany . In
conclusion , politically active courts , and the judicialization of politics in
democratic ... 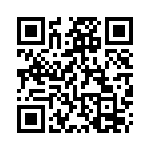