Quirky is as quirky does. This book definitely has its oddities -- as when the author insists on identifying generals as being generals U.S.A. or U.S.V., i.e. as generals in the regular army or the ... Leer comentario completo

In this in-depth review of the much-discussed War Between the States, Weigley (Eisenhower's Lieutenants: The Campaign of France and Germany, 1944-1945) takes an original tact. Rather than provide a ... Leer comentario completo

Russell F. Weigley (1930-2004) was Distinguished Professor of History Emeritus at Temple University. He is author of numerous books, including The American Way of War, Eisenhower's Lieutenants, and The Age of Battles: The Quest for Decisive Warfare from Breitenfeld to Waterloo, all available from Indiana University Press. 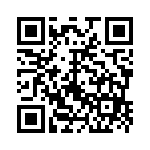