Página 48
dicial misconduct , as well as alleged flaws in the state death penalty statute
under which the defendant was originally sentenced . To assess whether any of
these claims is important or novel enough , in a legal sense , to warrant review by
the ...
Página 125
For someone like me , who had no religious scruples against the death penalty ,
the redundant examples of gratuitous torture and death overwhelmed categorical
claims ( such as Brennan ' s and Marshall ' s ) against the death penalty .
Página 168
number of black defendants receiving the death penalty . When adjusted for
legitimate nonracial variables , the numbers showed essentially no link between
the race of a homicide defendant and his chances for receiving a death sentence
. 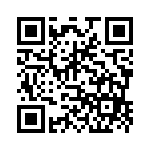