Pßgina xii
cause he had a warm heart and a true , because he had read good books
eagerly and not coldly , and because there was in him a native good taste , as
well as a strain of imagination , he achieved a singularly clear and forcible style ,
which ...
Pßgina xxvi
... as the true and wise friend of his shiftless stepbrother , but the affectionate
guardian of his stepmother , who had been such a good mother to him . There is
something Greek in the clear phrase and pure reason of thesc epistles . Ě Dear
xxvi.
Pßgina 118
declarations , and had never recanted them . And , more than this , they placed in
the platform for my acceptance , and as a law to themselves and to me , the clear
and emphatic resolution which I now read : Resolved , That the maintenance ... 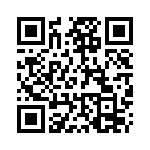