Página 253
1858 . inquiring whether the following parts were The Pre - Reformation list given by MR . all that had been published : Pre - Reforma- A. R. BAYLEY at the second reference is not tion Series , Vol . I. Part II . to Vol .
Página 390
If any more Richard Pyke , et al . , dated 21 April , 1694 , have been published , they have not yet which might seem to imply some previous reached the Catalogue of the British Museum relationship between those families . Library .
Página 541
( For classified articles see ANONYMOUS WORKS , BIBLIOGRAPHY , Books RECENTLY PUBLISHED , EPITAPHS , FOLK - LORE , HERALDRY , MOTTOES , OBITUARY , PLACE - NAMES , PROVERBS PHRASES , QUOTATIONS , SHAKESPEARIANA , Songs AND BALLADS ... 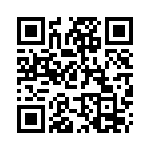