Donald Davie was at the forefront of the poetic school of the 1950s known as the Movement. The group's aesthetic was characterized by simplicity, in contrast to the extravagant rhetoric and stylistic excesses that they felt marked neoromantic poetic trends. Unlike other Movement poets, though, Davie generally eschews a casual tenor or informal voice, resorting instead to a more traditional prosody and affirming the influence of late Augustan poets. Davie's most durable contribution to poetic debates of the period was a work of literary criticism called Purity of Diction in English Verse (1952). The laws of poetic syntax, he argues, are as momentous as the laws of human society and should be appreciated equally. Davie was born in Barnsley, a place that figures gloomily in much of his work. He has taught at universities in both Great Britain and the United States. 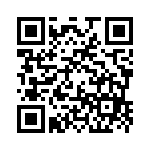