Considered by many the dean of American letters and the successor to William Dean Howells and Edmund Wilson, Kazin (1915-98) was arguably the preeminent literary critic of his day. This representative ... Leer comentario completo

Página 395 - Both read the same Bible and pray to the same God, and each invokes His aid against the other. It may seem strange that any men should dare to ask a just God's assistance in wringing their bread from the sweat of other men's faces, but let us judge not, that we be not judged.
Aparece en 746 libros desde 1758-2008
Página 398 - Woe unto the world because of offences ; for it must needs be that offences come, but woe to that man by whom the offence cometh.
Aparece en 1031 libros desde 1755-2008
Más
Página 399 - I claim not to have controlled events, but confess plainly that events have controlled me. Now, at the end of three years' struggle, the nation's condition is not what either party, or any man, devised or expected.
Aparece en 478 libros desde 1844-2008
Página 399 - Now, at the end of three years' struggle, the Nation's condition is not what either party or any man devised or expected. God alone can claim it. Whither it is tending, seems plain. If God now wills the removal of a great wrong, and wills also that we of the North, as well as you of the South, shall pay fairly for our complicity in that wrong, impartial history will find therein new cause to attest and revere the justice and goodness of God.
Aparece en 212 libros desde 1860-2008
Página 398 - If we shall suppose that American slavery is one of those offences which, in the providence of God, must needs come, but which, having continued through His appointed time, He now wills to remove, and that He gives to both North and South this terrible war as the woe due to those by whom the offence came, shall we discern...
Aparece en 414 libros desde 1758-2008
Página 386 - The progress of our arms, upon which all else chiefly depends, is as well known to the public as to myself; and it is, I trust, reasonably satisfactory and encouraging to all. With high hope for the future, no prediction in regard to it is ventured.
Aparece en 517 libros desde 1758-2008
Página 515 - ... the historical sense compels a man to write not merely with his own generation in his bones, but with a feeling that the whole of the literature of Europe from Homer and within it the whole of the literature of his own country has a simultaneous existence and composes a simultaneous order.
Aparece en 628 libros desde 1912-2008
Página 343 - A THRONG of bearded men, in sad-colored garments, and gray, steeple-crowned hats, intermixed with women, some wearing hoods and others bareheaded, was assembled in front of a wooden edifice, the door of which was heavily timbered with oak, and studded with iron spikes.
Aparece en 94 libros desde 1844-2007
Página 311 - ... afterwards, that in this place particularly they have been dammed up by the Blue ridge of mountains, and have formed an ocean which filled the whole valley ; that continuing to rise they have at length broken over at this spot, and have torn the mountain down from its summit to its base.
Aparece en 142 libros desde 1770-2008
Página 150 - America our nation has been beaten by strangers who have turned our language inside out who have taken the clean words our fathers spoke and made them slimy and foul...
Aparece en 93 libros desde 1936-2007
Menos

Alfred Kazin was born in Brooklyn in 1915. His first book, On Native Grounds, published in 1942, revolutionized critical perceptions of American literature. It was followed by many more books of essays and criticism, including A Walker in the City and, most recently, Writing Was Everything.

Kazin has taught at Harvard, Smith, Amherst, Hunter College, and the Graduate Center of the City University of New York. In 1996, he received the Truman Capote Literary Trust's first Lifetime Award in Literary Criticism. 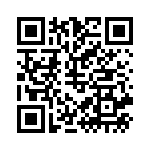