Pįgina 228
21 The Philistines put out his thou weavest the seven locks of my head eyes . 23
The manner of his death . with the web . THEW were ase naprot , tandawenten
and saia Junte fristen erhet Philistines Poble unto her . upon thee , Samson .
Pįgina 243
Containing the Old and New Testaments; Together with the Apocrypha;
Translated Out of the Original Tongues, and with the Former Translations
Diligently Compared and Revised. 1 The Philistines discomfited . CHAP . VIII .
The people desire ...
Pįgina 248
I SAMUEL The Philistines smitten . he had made an end of offering the
burntCHAP . XIV . offering , behold , Samuel came ; and Saul 1 Jonathan
miraculously smiteth the Phiwent out to meet him , that he might sa- listines
garrison . 15 A divine ...
Pįgina 254
Saul socketh to kill him . the Philistine , and slew him ; but there of all the cities of
Israel , singing and dancqvas no sword ... cut off his head thcrewith . slain his
thousands , and David his ten And when the Philistines saw their cham-
thousands ...
Pįgina 271
18 The Philistines also came and spread 7 And the anger of the LORD was
themselves in the valley of Rephaim . kindled against Uzzah , and God smote 19
And David inquired of the Lord , i him there for his error ; and there he saying ,
Shall I ...

Pįgina 527 - I returned and saw under the sun, that the race is not to the swift, nor the battle to the strong, neither yet bread to the wise, nor yet riches to men of understanding, nor yet favour to men of skill; but time and chance happeneth to them all.
Aparece en 747 libros desde 1611-2007
Pįgina 241 - Then said David to the Philistine, Thou comest to me with a sword, and with a spear, and with a shield: but I come to thee in the name of the LORD of hosts, the God of the armies of Israel, whom thou hast defied.
Aparece en 557 libros desde 1730-2008
Mįs
Pįgina 534 - What could have been done more to my vineyard, that I have not done in it? wherefore, when I looked that it should bring forth grapes, brought it forth wild grapes...
Aparece en 466 libros desde 1611-2008
Pįgina 41 - And the angel of the LORD appeared unto him in a flame of fire out of the midst of a bush: and he looked, and, behold, the bush burned with fire, and the bush was not consumed.
Aparece en 525 libros desde 1808-2008
Pįgina 162 - And it shall be with him, and he shall read therein all the days of his life: that he may learn to fear the LORD his God, to keep all the words of this law and these statutes, to do them...
Aparece en 325 libros desde 1654-2008
Pįgina 95 - For the life of the flesh is in the blood: and I have given it to you upon the altar to make an atonement for your souls: for it is the blood that maketh an atonement for the soul.
Aparece en 550 libros desde 1704-2008
Pįgina 415 - Go, gather together all the Jews that are present in Shushan, and fast ye for me, and neither eat nor drink three days, night or day: I also and my maidens will fast likewise; and so will I go in unto the king, which is not according to the law : and if I perish, I perish.
Aparece en 297 libros desde 1802-2008
Menos 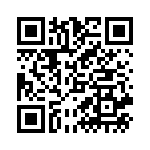