Página 114
And it is yet far more evident : for that after the similitude of Melchisedec there
ariseth another priest , Who is made , not ... For he testifieth , Thou art a priest for
ever after the order of Melchisedec ” ( Heb . ... Melchisedec ' s life must of
necessity be endless , and that both he and Christ are priests forever , or in other
words are ...
Página 126
For a testament is of force after men are dead : otherwise it is of no strength at all ,
while the testator liveth ” ( Heb . ... and brought forth bread and wine , as Christ ,
who is made a priest forever after the order of Melchisedec , did also to his ...
Página 350
And every priest ( under the law ) standeth daily ministering and offering
oftentimes the same sacrifices , which can never take away sins ; but ... For by
one offering he hath perfected forever them that are sanctified , whereof the Holy
Spirit also is a witness to us . ... In this way , as Paul says , “ After that he had said
before , This is the covenant that I will make with them after those days , saith the
Lord : I will ...
Página 379
For the real virtue and merit with him lies in the fact that his flesh was like the
flesh of his brethren , - that is , sinful flesh in ... to be made for Christ , or any
sacrifice to be offered to God on his behalf to take away sin ; consequently they
deny that any ... Those that were of the order of Aaron were not only mortal men ,
but sinful men , that had their sinful , as well as their ... as those high priests , to
offer up sacrifices , first for his own sins and then for the people ' s , for this he did
once when ...
Página 386
Therefore of the things which we have spoken , this is the sum : first , the doctrine
of the mortal resurrection of Christ and his ... and again in the one hundred and
tenth Psalm , saying , “ Thou art a priest forever , after the order of Melchisedec . ”
In chapter 7 ( verse 16 ) he shows that this means to be made a priest after the
power of an endless life , of Melchisedec ' s order ; and now being made perfect ,
as ...
Siguiente »

Página 140 - Samuel, and of the prophets : who through faith subdued kingdoms, wrought righteousness, obtained promises, stopped the mouths of lions, quenched the violence of fire, escaped the edge of the sword, out of weakness were made strong, waxed valiant in fight, turned to flight the armies of the aliens.
Aparece en 683 libros desde 1793-2008
Página 165 - Another parable put he forth unto them, saying, The kingdom of heaven is like to a grain of mustard seed, which a man took, and sowed in his field, which indeed is the least of all seeds, but when it is grown, it is the greatest among herbs, and becometh a tree, so that the birds of the air come and lodge in the branches thereof.
Aparece en 816 libros desde 1799-2008
Más
Página 393 - Is not this the fast that I have chosen? to loose the bands of wickedness, to undo the heavy burdens, and to let the oppressed go free, and that ye break every yoke? Is it not to deal thy bread to the hungry, and that thou bring the poor that are cast out to thy house? when thou seest the naked that thou cover him; and that thou hide not thyself from thine own flesh?
Aparece en 810 libros desde 1611-2008
Página 278 - WHEN the day of Pentecost was fully come, they were all with one accord in one place. And suddenly there came a sound from heaven, as of a rushing mighty wind, and it filled all the house where they were sitting. And there appeared unto them cloven tongues, like as of fire, and it sat upon each of them: and they were all filled with the Holy Ghost, and began to speak with other tongues, as the Spirit gave them utterance.
Aparece en 650 libros desde 1747-2008
Página 26 - And it shall come to pass, when I bring a cloud over the earth , that the bow shall be seen in the cloud : and I will remember my covenant which is between me and you, and every living creature of all flesh ; and the waters shall no more become a flood to destroy all flesh.
Aparece en 606 libros desde 1775-2008
Página 525 - Now we beseech you, brethren, by the coming of our Lord Jesus Christ, and by our gathering together unto him, that ye be not soon shaken in mind, or be troubled, neither by spirit, nor by word, nor by letter as from us, as that the day of Christ is at hand.
Aparece en 593 libros desde 1802-2008
Página 394 - Charge them that are rich in this world, that they be not high-minded, nor trust in uncertain riches, but in the living God, who giveth us richly all things to enjoy; that they do good, that they be rich in good works, ready to distribute, willing to communicate; laying up in store for themselves a good foundation against the time to come, that they may lay hold on eternal life.
Aparece en 601 libros desde 1802-2008
Página 686 - And I beheld, and lo, in the midst of the throne, and of the four beasts, and in the midst of the elders, stood a Lamb as it had been slain, having seven horns and seven eyes, which are the seven Spirits of God sent forth into all the earth.
Aparece en 553 libros desde 1755-2008
Página 631 - And Moses said unto God, Behold, when I come unto the children of Israel, and shall say unto them, The God of your fathers hath sent me unto you; and they shall say to me, What is his name? what shall I say unto them? And God said unto Moses, I AM THAT I AM: and he said, Thus shalt thou say unto the children of Israel, I AM hath sent me unto you.
Aparece en 469 libros desde 1802-2008
Página 169 - And said, By myself have I sworn, saith the LORD, for because thou hast done this thing, and hast not withheld thy son, thine only son: That in blessing I will bless thee, and in multiplying I will multiply thy seed as the stars of the heaven, and as the sand which is upon the sea shore; and thy seed shall possess the gate of his enemies; And in thy seed shall all the nations of the earth be blessed; because thou hast obeyed my voice.
Aparece en 520 libros desde 1802-2008
Menos 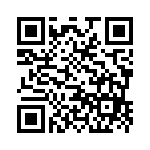