Constitutional democracy is a political hybrid, the product of an uneasy union between, on the one hand, the normative theories of constitutionalism and democracy and, on the other, the desire to live ... Leer comentario completo

Walter F. Murphy (1929-2010) was the McCormick Professor of Jurisprudence Emeritus at Princeton University and a recipient of the Lifetime Achievement Award of the Law and Courts Section of the American Political Science Association. He was the author of numerous scholarly books, articles, and textbooks, as well as several novels, including Vicar of Christ. 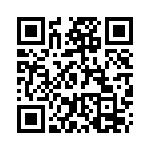