The arrogance of race: historical perspectives on slavery, racism, and social inequality

This book collects 17 essays written over the past 20 years by a veteran scholar of U.S. race relations. Although respectful of the "class'' interpretation of black-white relations, Fredrickson argues ... Leer comentario completo

GEORGE M. FREDRICKSON has been Edgar E. Robinson Professor of United States History at Stanford University since 1984. He is author of The Inner Civil War, The Black Image in the White Mind (Wesleyan Paperback), and White Supremacy, for which he won the Ralph Waldo Emerson and the Merle Curti awards; this book was also a Pulitzer Prize runner-up. The Black Image in the White Mind received the Anisfield-Wolf Award.

A graduate of Harvard University (A.B. 1956, Ph.D. 1964), Fredrickson served in he U.S. Navy from 1957 to 1960 and taught at Northwestern University from 1966 to 1984; he was William Smith Mason Professor after 1979. He was a Fulbright Scholar at the University of Oslo in 1956-57 and a Fulbright professor of American History at Moscow University in 1983. FREDRICKSON has twice been appointed senior fellow of National Endowment for the Humanities; he was a Guggenhim fellow in 1968-69 and is a member of the American Academy of Arts and Sciences. His home is in Stanford, California. 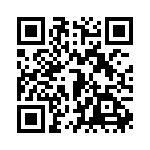