Despite a few minor disagreements and Mr. Buchanan's tendency to wander far afield from his main subject matter, I found this book to be a very helpful explanation of the current state of affairs ... Leer comentario completo

Rather amusing how LibraryThing is truncating the title. Beyond that, I was candidly rather disappointed with Buchanan here. No real ground was broken, this work seemed in large part a rehash of The ... Leer comentario completo

Patrick J. Buchanan, America's leading populist conservative, was a senior advisor to three American presidents, ran twice for the Republican nomination in 1992 and 1996, and was the Reform Party's presidential candidate in 2000. The author of six other books, including the bestsellers, Right from the Beginning, A Republic, Not An Empire and The Death of the West, he is a syndicated columnist and a founding member of three of America's foremost public affairs shows, NBC's The McLaughlin Group, and CNN's The Capitol Gang and Crossfire. He lives in McLean, Virginia. 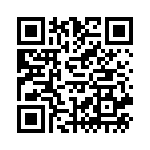