Colton C. Campbell is assistant professor of political science at Florida International University and is currently a visiting assistant professor of political science at American University. He is the coeditor of New Majority or Old Minority? The Impact of Republicans on Congress. He served as an APSA Congressional Fellow in 1998-99 in the office of U.S. Senator Bob Graham (D-Fla.).

John F. Stack, Jr. is professor of political science at Florida International University and director of the Jack D. Gordon Institute for Public Policy and Citizenship. He is the author of International Conflict in an American City: Boston's Irish, Italians, and Jews, 1935-1944, and editor of Ethnic Identities in Transnational World; Policy Choices: Critical Issues in American Foreign Policy; The Primordial Challenge: Ethnicity in the Contemporary World, and The Ethnic Entanglement. 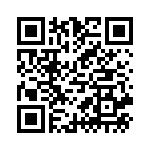