This is an '100 essential Lincoln books' book. There are lots of good Lincoln essays in here, mostly from the viewpoint of W. H. Lamon, a close friend of Lincoln's. I understand that *some* of the ... Leer comentario completo

James A. Rawley, a Carl Adolph Happold Professor Emeritus of history at the University of Nebraska-Lincoln, is the author of Turning Points of the Civil War (1989), also available as a Bison Book. 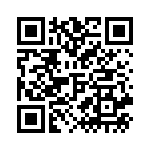