Memory Evolutive Systems for Thinking Neuroscientist
Recently I began studying the book ‘Memory Evolutive Systems: Hierarchy, Emergence, Cognition’ (hereafter referred to as THE BOOK). Upon reading, to tell the truth, bits and parts, but, nevertheless, some parts as thoroughly as I possibly could, of THE BOOK, it is with great trepidation that I am writing the general impression I formed, of a major advance in understanding documented in THE BOOK, which (my impression), I must note, is admittedly not about the substance of THE BOOK, but of the style of presentation of the profound study of the all too present conscious experience in THE BOOK.
THE BOOK in beginning with definitions of familiar words such as graph, category, pattern in unfamiliar terminology tends to intellectually--experientially--disorient many, and those that remain by virtue of being focused on one of the many disparate subjects of empirical study such as neuroscience, economics, social studies, philosophy, or mathematics tend to find the application or indications of applicability of the general abstract theory to those fields of study of which they are not interested (by virtue of their interest in THE BOOK as a presentation of a thorough understanding of a particular body of knowledge that they are trying to comprehend) distracting, if not, again, disorienting.
If I may, I think, I cannot help but think how intellectually engaging it would have been to have a textbook version of THE BOOK, say, beginning, as it does, with definitions and going all the way, say, in the neuroscience textbook version, to action potentials, via, say, interpreting the theory in the category of vector spaces or linear categories (without necessarily committing to any attendant ontological demands, if so desired). Alternatively, one could go the opposite--to the general-to-particular--way i.e. from particulars to general, or in more concrete terms of our neuroscience textbook version one could begin with the presentation of neuroscience data as particulars, which could then be shown as those that which could be understood in terms of the concepts of category theory, via, possibly, as a generalization or organization of the, say, linear algebra of neural networks modeling action potentials across neurons, which as I understand is how mathematics makes its appearance in mathematics and in physics textbooks, which in turn is what gives it (the presentation) the appearance of the fit, which is not to deny the ontological underlying truth of a great numbers of particular conscious experiences or a great expanse of experience being properly organized and generalized as part of the Grand Old Program of conceptual understanding of empirical phenomena.
Before a moment could pass by--as soon as the above noted thought crystallized, it occurred to me that that is what I would like to do, and as soon as I thought of doing I also realized that it is a lifetime project, but I decided to take up the project. This project is all the more important in light of the realization that the reviewed work is a subject of study for the next generation, for the present generation of working neuroscientists are far too cynical--too content with knowing--rarely reaching for comprehension, next-door--for no fault of theirs--seem oblivious to the very notion of comprehension distinct from knowing i.e. collecting pebbles, albeit valuable pebbles on the shores of incomprehensibility--in part, by virtue of being all too cognizant--painfully aware as in seeing and feeling, in the present tense--of the excesses--the still raw wounds on the fabric of the very conscious experience--individual and shared--of extremist interpretations of the concept of ideal--a defining property of thought--an internet connection to the web of comprehension, which terrorized the humanity as a whole and made mankind as a whole less eager to pause to comprehend and more eager to go on and about working.
[...]

Página v - What is a man, If his chief good and market of his time Be but to sleep and feed? a beast, no more. Sure he that made us with such large discourse, Looking before and after, gave us not That capability and god-like reason To fust in us unus'd.
Aparece en 1240 libros desde 1767-2008
Página 102 - The third, to conduct my thoughts in such order that, by commencing with objects the simplest and easiest to know, I might ascend by little and little, and, as it were, step by step, to the knowledge of the more complex...
Aparece en 141 libros desde 1850-2008
Más
Página 99 - And thine eye shall not pity; but life shall go for life, eye for eye, tooth for tooth, hand for hand, foot for foot.
Aparece en 229 libros desde 1801-2007
Página 99 - Do not seek revenge or bear a grudge against one of your people, but love your neighbor as yourself. I am the LORD.
Aparece en 75 libros desde 1985-2008
Página 4 - We have decided to call the entire field of control and communication theory, whether in the machine or in the animal, by the name Cybernetics, which we form from the Greek X'ußepVT'iTTiC or steersman.
Aparece en 114 libros desde 1900-2007
Página 99 - Witnesses 15One witness is not enough to convict a man accused of any crime or offense he may have committed. A matter must be established by the testimony of two or three witnesses.
Aparece en 45 libros desde 1985-2008
Página 79 - Thus a thing may be defined as a certain series of appearances, connected with each other by continuity and by certain causal laws. In the case of slowly changing things, this is easily seen. Consider, say, a wall-paper which fades in the course of years. It is an effort not to conceive of it as one "thing" whose colour is slightly different at one time from what it is at another.
Aparece en 18 libros desde 1914-2007
Página 243 - The hypothesis is the following: it is possible for a complex system to exhibit global modes of failure which are not associated with local subsystem failures.
Aparece en 3 libros desde 1961-2007
Página 2 - The cell must be organic; that is, it must consist of interrelated parts working together to form a whole that is greater than the sum of its parts. To be effective, the schism between knowledge and technical ability in the cell must be closed. A shared political perspective should be the glue that binds the parts, rather than interdependence through need. Avoid consensus through similarity of skills, since in order...
Aparece en 11 libros desde 1967-2007
Página 99 - Let he who is without sin cast the first stone
Aparece en 10 libros desde 1989-2007
Menos 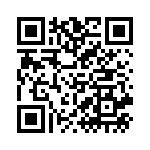