William C. Martel is Professor of National Security Affairs and Alan Shepherd Chair of Space Technology and Policy at the Naval War College. He received his doctorate in international relations from the University of Massachusetts (Amherst), and was a Post-Doctoral Research Fellow and MacArthur Scholar at the Center for Science and International Affairs at Harvard's Kennedy School of Government. A member of the professional staff of the RAND Corporation in Washington, he directed studies on proliferation, US governmental process for managing proliferation, and research and development. His scholarly works include Strategic Nuclear War (Greenwood Press, 1986), How to Stop a War (Doubleday, 1987), The Technological Arsenal (Smithsonian Institution Press, 2001). 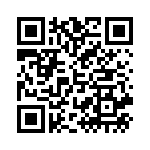