Any scholar of history and law must have this book in their personal library.
-Vanessa Holloway, author of Getting Away With Murder; In Search of Federal of Enforcement; Black Rights in the Reconstruction Era.

Página 216 - The life of the law has not been logic : it has been experience. The felt necessities of the time, the prevalent moral and political theories, intuitions of public policy, avowed or unconscious, even the prejudices which judges share with their fellow-men, have had a good deal more to do than the syllogism in determining the rules by which men should be governed.
Aparece en 735 libros desde 1879-2007
Página 76 - States ; and such citizens of every race and color, without regard to any previous condition of slavery or involuntary servitude, except as a punishment for crime whereof the party shall have been duly convicted, shall have the same right in every State and Territory in the United States to make and enforce contracts, to sue, be parties, and give evidence, to inherit, purchase, lease, sell, hold and convey real and personal property, and to full and equal benefit of all laws and proceedings for the...
Aparece en 622 libros desde 1776-2008
Más
Página 198 - And can the liberties of a nation be thought secure when we have removed their only firm basis, a conviction in the minds of the people that these liberties are the gift of God...
Aparece en 505 libros desde 1795-2008
Página 116 - But in view of the Constitution, in the eye of the law, there is in this country no superior, dominant, ruling class of citizens. There is no caste here. Our Constitution is color-blind, and neither knows nor tolerates classes among citizens.
Aparece en 476 libros desde 1883-2008
Página 9 - Such considerations apply with added force to children in grade and high schools. To separate them from others of similar age and qualifications solely because of their race generates a feeling of inferiority as to their status in the community that may affect their hearts and minds in a way unlikely ever to be undone.
Aparece en 1198 libros desde 1798-2008
Página 116 - The white race deems itself to be the dominant race in this country. And so it is, in prestige, in achievements, in education, in wealth and in power. So, I doubt not, it will continue to be for all time, if it remains true to its great heritage and holds fast to the principles of constitutional liberty.
Aparece en 208 libros desde 1896-2008
Página 128 - While doing this, you can be sure in the future, as in the past, that you and your families will be surrounded by the most patient, faithful, 'law-abiding, and unresentful people that the world has seen. As we have proved our loyalty to you in the past, in nursing your children, watching by the sick-bed of your mothers and fathers, and often following them with tear-dimmed eyes to their graves...
Aparece en 128 libros desde 1870-2007
Menos

A. Leon Higginbotham, Jr. is Public Service Professor of Jurisprudence at the John F. Kennedy School of Government, Harvard University, and Of Counsel to Paul, Weiss, Rifkind, Wharton, & Garrison. He was formerly Chief Judge on the United States Court of Appeals for the Third Circuit, and is a recipient of the Presidential Medal of Freedom. His landmark volume, In the Matter of Color, won the American Bar Association's Silver Gavel Award and the National Bar Association's Literary Award. 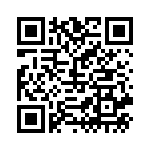