Has some very interesting information I didn't know much about, but also has some very questionable information and viewpoints he goes off in a titrate about so you question the validity of the new ... Leer comentario completo

An incisive, even-handed analysis of our ever enigmatic 16th president. An oldie but goodie, and a superb character study. Leer comentario completo

Born in Colorado City, Colorado, on October 5, 1912, Richard Nelson Current received his B.A. from Oberlin College and went on to earn an M.S. at the Fletcher School of Law and Diplomacy at Tufts University and a Ph.D. in history (1939) at the University of Wisconsin. Current taught at a number of institutions, including Rutgers University, Lawrence College, Mills College, the University of Illinois, and the University of Wisconsin before becoming Distinguished Professor of American History at the University of North Carolina at Greensboro (1966--1983). He also taught in Japan, India, the Netherlands, Australia, Chile, and Germany. He was Harmsworth Professor at Oxford University. Current wrote about historical subjects ranging from the invention of the typewriter to American diplomacy. In 2000, he won the Lincoln Prize for lifetime achievement in the area of best non-fiction historical work pertaining to the American Civil War . Current died on October 26, 2012 at age 100. He is buried in Greensboro, NC. 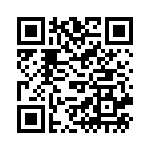