In Manliness & Civilization, Gail Bederman argues that, “between 1890 and 1917, as white middle-class men actively worked to reinforce male power, their race became a factor which was crucial to their ... Leer comentario completo

Manliness & civilization: a cultural history of gender and race in the United States, 1880-1917

Bederman (history, Notre Dame) has written a complex but intriguing account of the links between concepts of race, gender, and civilization in late 19th- and early 20th-century America. Focusing on ... Leer comentario completo

Gail Bederman was born on October 20, 1952, in Illinois. She received a B.F.A. from New York University in 1978 and an M.A. (1984) and a Ph.D. (1993) from Brown University. The result of her doctoral research was Manliness and Civilization: A Cultural History of Gender and Race in the United States, 1880-1917. The book addresses topics, such as masculinity, sex roles, race relations, and the white supremacy movement. Bederman has contributed to other books, including Gender and American History Since 1890, and has written articles for such periodicals as American Quarterly and Radical History Review. Since 1992, Bederman has taught history at the University of Notre Dame, where she is an assistant professor. 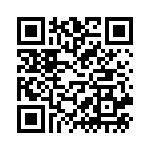