Pįgina 119 - And by virtue of the power and for the purpose aforesaid, I do order and declare that all persons held as slaves within said designated States and parts of States are, and henceforward shall be, free; and that the Executive Government of the United States, including the military and naval authorities thereof, will recognize and maintain the freedom of said persons.
Aparece en 856 libros desde 1785-2008
Pįgina 120 - And I hereby enjoin upon the people so declared to be free to abstain from all violence, unless in necessary self-defense; and I recommend to them that, in all cases when allowed, they labor faithfully for reasonable wages. And I further declare and make known, that such persons of suitable condition, will be received into the armed service of the United States to garrison forts, positions, stations, and other places, and to man vessels of all sorts in said service.
Aparece en 590 libros desde 1785-2008
Mįs
Pįgina 90 - I therefore consider that in view of the Constitution and the laws the Union is unbroken, and to the extent of my ability I shall take care, as the Constitution itself expressly enjoins upon me, that the laws of the Union be faithfully executed in all the States.
Aparece en 706 libros desde 1857-2008
Pįgina 200 - The progress of our arms, upon which all else chiefly depends, is as well known to the public as to myself; and it is, I trust, reasonably satisfactory and encouraging to all. With high hope for the future, no prediction in regard to it is ventured.
Aparece en 687 libros desde 1758-2008
Pįgina 129 - Yours of this date, proposing armistice and appointment of Commissioners to settle terms of capitulation, is just received. No terms except an unconditional and immediate surrender can be accepted. I propose to move immediately upon your works.
Aparece en 537 libros desde 1854-2008
Pįgina 231 - In giving freedom to the slave we assure freedom to the free — honorable alike in what we give and what we preserve. We shall nobly save or meanly lose the last best hope of earth. Other means may succeed; this could not fail. The way is plain, peaceful, generous, just — a way which if followed the world will forever applaud and God must forever bless.
Aparece en 463 libros desde 1857-2008
Pįgina 118 - That on the first day of January in the year of our Lord one thousand eight hundred and sixty-three, all persons held as slaves within any state, or designated part of a state, the people whereof shall then be in rebellion against the United States, shall be then, thenceforward and forever free...
Aparece en 1168 libros desde 1785-2008
Pįgina 67 - We are now far into the fifth year since a policy was initiated with the avowed object and confident promise of putting an end to slavery agitation. Under the operation of that policy, that agitation has not only not ceased, but has constantly augmented. In my opinion, it will not cease until a crisis shall have been reached and passed. 'A house divided against itself cannot stand.
Aparece en 317 libros desde 1857-2008
Pįgina 119 - ... order and designate, as the States and parts of States wherein the people thereof respectively are this day in rebellion against the United States...
Aparece en 522 libros desde 1813-2008
Pįgina 68 - A house divided against itself cannot stand." I believe this government cannot endure, permanently, half slave and half free. I do not expect the Union to be dissolved; I do not expect the house to fall; but I do expect it will cease to be divided. It will become all one thing, or all the other. Either the opponents of slavery will arrest the further spread of it and place it where the public mind shall rest in the belief that it is in the course of ultimate extinction, or its advocates will push...
Aparece en 808 libros desde 1859-2008
Menos

Charles Godfrey Leland was born in Philadelphia on August 15, 1824, the eldest child of commission merchant Charles Leland and his wife Charlotte. Leland loved reading and language. When he moved to Europe to study law, he became intrigued with German culture, gypsy lore, the language of Romany, and Shelta, an ancient dialect spoken by Irish and Welsh gypsies. After his law studies were completed, Leland became a journalist, working for such periodicals as P.T. Barnum's Illustrated News, Vanity Fair, and Graham's Magazine. The mid-to-late 1850s were very eventful for Leland; he published his first book, Meister Karl's Sketch-Book in 1855 and married Eliza Bella Fisher in 1856. What probably clinched his fame was "Hans Breitmann's Party" a German dialect poem that he wrote under the pen name Hans Breitmann and that captured the Pennsylvania Dutch dialect and humor. While he was best known for his essays, poetry, and humor, Leland also firmly believed that the industrial arts were the keys to a good education, and he wrote many textbooks on the subject. Leland spent most of the latter part of his life in Europe, writing a wealth of books. He died in Florence, Italy, on March 20, 1903. 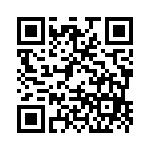