Origen is the foremost member of the School of Alexandria, the first school of genuinely philosophical Christian theology. His Platonism is of an older form, uninfluenced by the Neoplatonism of Plotinus, so his philosophy is quite distinct from that of Augustine of Hippo on a number of issues, but especially on the issue of original sin and freedom of will and on the justification of God's permitting evil in the world. Origen became a center of controversy because of his contention that even the Devil would in the end return to God, and he seems to have held that a person enjoys as many successive lives on earth as are needed to return to God after the Fall. However, all matters concerning the interpretation of his thought are controversial. The other members of the school are Clement of Alexandria (c.150-c.213) and Irenaeus of Lyons (died c.202). 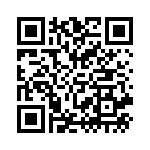