The most fearful ordeal: original coverage of the Civil War

Of the big three Northern newspapers at the outset of the Civil War (the New York Times, the New York Tribune, and the New York Herald), only the Times reflected President Lincoln's brand of moderate ... Leer comentario completo

James M. McPherson is a professor of history at Princeton University. He is the author of Battle Cry of Freedom, for which he won the Pulitzer Prize for nonfction, as well as other works on the Civil War, including Ordeal by Fire, Marching Toward Freedom, and most recently, Crossroads of Freedom: Antietam. 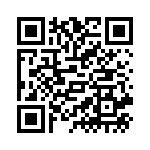