Página 16
Unionists organized the Heroes of America, numbering perhaps 10,000 men,
who established an "underground railroad" to enable Unionists to escape to
federal lines. Alexander H. Jones, a Hendersonville newspaper editor and leader
of the ...
Página 44
Although Tennessee was exempted from its terms, the Emancipation
Proclamation split the state's Unionists, driving some to embrace the
Confederacy and others to demand a restoration of the antebellum status quo. "
Unconditional Unionists ...
Página 186
To unconditional Unionists and Northern Republicans, such individuals were no
less rebels than the architects of secession.19 Former Whigs comprised the
majority of antisecession Southerners claiming the Unionist mantle. Although
long ...

This is by far the best and most influential book on a critical period that has been politically interpreted and reinterpreted several times. Foner has the goods. He's done the research and shows how ... Leer comentario completo

Eric Foner is the pre-eminent historian of his generation. Foner is highly respected by historians of every stripe whether they specialize in political history or social history. His books have won the top awards in the profession, and he has been president of both major history organizations the American Historical Association and the Organization of American Historians. He has worked on every detail of "Give Me Liberty!", which displays all of his trademark strengths as a scholar, teacher, and writer. A specialist on the Civil War/Reconstruction period, Foner regularly teaches the 19th century survey at Columbia University, where he is DeWitt Clinton Professor of History. His latest trade title, "The Fiery Trial: Abraham Lincoln and American Slavery", won numerous awards including the Lincoln Prize, Bancroft Award, and the Pulitzer Prize. 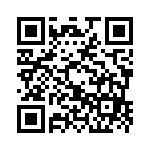