CRAIG ALLEN SMITH is Professor of Communication at the University of North Carolina at Greensboro.

KATHY B. SMITH is Associate Professor of Politics at Wake Forest University. 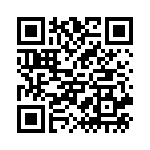