Página 15
( see R. Pauli , ' Geschichte von England , ' iv , tary officers , private gentlemen , students , 7-8 , 1855 , and the anonymous — really by poets , and journalists , who went out in R. B. Seeley— Life and Reign of Edward I.
Página 239
Calendar of Letters , Despatches , and State Papers In the Appendix is included the long and relating to the Negotiations between England and careful paper of instructions written by the Spain preserved in the Archives at Vienna ...
Página 492
A Tour thro ' the whole Island of Great Britain ' has also lived some time in Scotland , and has BESIDES these several journies in England , he was published , Vol . I. , 1st edition , 22 May , travelled critically over great part of it ... 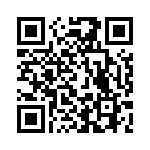