Página 42
The present establishment of English chaplains for the British empire in India , is not much greater than the factorial establishment in the time of Lord Clive . • 2. There are six military chaplains for Bengal , Bahar , Oude , the ...
Página 198
While the dignities , emoluments , isomunities , and rights of an establishment remain untouched , is it to overturn or to weaken that establishment , is it at all to prejudice it , to allow to Dissenters from it their civil rights ?
Página 287
The 4th Essay , on National Establishments in Religion , however well meant , fails in point of argument . ... Dr. Paley well remarks that " a religious establishment is no part of Christianity ; but only the means of inculcating ie " ... 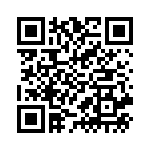