Hermann Wellenreuther is Professor of Modern History at the Georg-August-University in G&öttingen and the author of books on early modern German, English, and North American history. He co-edited, with Hartmut Lehmann and Renate Wilson, In Search of Peace and Prosperity: New German Settlements in Eighteenth-Century Europe and America (Penn State, 2000). 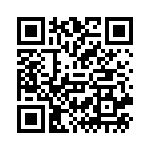