Página 189
Its concurrence in legislation would allow it to serve as a ' check on the
uncontrolled passions — and " factions " —of the popular assembly . Meanwhile ,
its smaller number of members would ensure cohesion and authority , while the ... 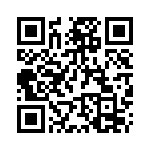