Página
I therefore have other hands and other eyes to thank in this journey back to the
year of 1850 , the time of one of the most dramatic passages in American history ,
when some of the very greatest men in our country struggled with one of its ...
Página 86
Varina Davis , Senator Jefferson Davis's acutely aware wife , observed that
Calhoun's forehead was “ low , steep , and beetled squarely over the most
glorious pair of yellow brown shining eyes , that seemed to have a light inherent
in ...
Página 98
The beholder saw the most wonderful head that his vision ever rested on rising
slowly in the air ; he saw a lionlike countenance , with great , deep - set ,
luminous eyes , gazing at him with solemn majesty ; in short , he saw the godlike
Daniel ...

On the brink of Civil War: the Compromise of 1850 and how it changed the course of American history

A byzantine legislative package arising out of the squabble between North and South over the spoils of the Mexican War, the Compromise of 1850 admitted California as a free state, referred the ... Leer comentario completo

John C. Waugh was a staff correspondant and bureau chief of The Christian Science Monitor. He is author of six books on the Civil War era, and served on the senior staffs of two national politicians, Nelson Rockefeller of New York and Jeff Bingaman of New Mexico. 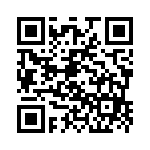