Google has become the most biased search engine I've ever experienced. I'll be changing my search engine, and email address.

Página 32 - I have no purpose, directly or indirectly, to interfere with the institution of slavery in the States where it exists. I believe I have no lawful right to do so, and 1 have no inclination to do so.
Aparece en 465 libros desde 1821-2008
Página 92 - You must use the female vs. the male, and the male vs. the female. You must also have your white servants and overseers distrust all Blacks, but it is necessary that your slaves trust and depend on us. They must love, respect, and trust only us.
Aparece en 39 libros desde 1995-2007
Más
Página 18 - To frame is to select some aspects of a perceived reality and make them more salient in a communicating text, in such a way as to promote a particular problem definition, causal interpretation, moral evaluation, and/or treatment recommendation for the item described.
Aparece en 122 libros desde 1928-2008
Página 51 - I have always thought that all men should be free; but if any should be slaves it should be first those who desire it for themselves, and secondly those who desire it for others. Whenever I hear anyone arguing for slavery I feel a strong impulse to see it tried on him personally.
Aparece en 136 libros desde 1873-2008
Página 4 - It may not be successful much of the time in telling people what to think, but it is stunningly successful in telling its readers what to think about...
Aparece en 184 libros desde 1951-2008
Página 91 - ... miles back You are not only losing valuable stock by hangings, you are having uprisings, slaves are running away, your crops are sometimes left in the fields too long for maximum profit, you suffer occasional fires, your animals are killed, gentlemen... you know what your problems are; I do not need to elaborate. I am not here to enumerate your problems; I am here to introduce you to a method of solving them. In my bag here, I have a foolproof method for controlling your Black slaves.
Aparece en 32 libros desde 1995-2007
Página 91 - I have experimented with some of the newest and still the oldest methods for control of slaves. Ancient Rome would envy us if my program is implemented. As our boat sailed south on the James River, named for our Illustrious King, whose version of the Bible we cherish.
Aparece en 24 libros desde 1999-2007
Menos

JIM A. KUYPERS is Senior Lecturer and Director of the Office of Speech at Dartmouth College. He is the author of Presidential Crisis Rhetoric and the Press in a Post-Cold War World (Praeger, 1997) and co-editor, with Andrew King, of Twentieth-Century Roots of Rhetorical Studies (Praeger, 2001). He is a former editor for the American Communication Journal. 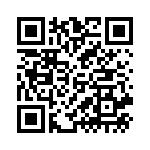