Louis Filler, prior to his retirement, served as professor of American civilization at Antioch College. 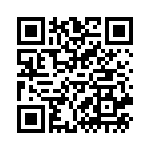