Página 235
the wandering Fillmore - ites of the 1856 election , and a Southern - born
Illinoisan who could act as a “ Southern man with Northern principles ” and
soothe Southern anxieties about Republican radicalism . But worse than prickly
Republican ...
Página 412
Others , like Thornwell , who shrank from such a frank embrace of slavery , tried
to explain the war as the defense of a special Southern culture , of Jeffersonian
agrarianism , of a " higher sentimentalism , and its superior refinements of ...
Página 483
Southern editorial response is from the New Orleans Bee , May 21 , 1860 , in
Southern Editorials on Secession , ed . D. L. Dumond ( New ... 1911 ) , 1 : 81-82 .
The Southern newspapers on secession are in Dumond , Southern Editorials ,
408. 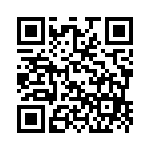