Página 49 - At the same time the candid citizen must confess that if the policy of the Government upon vital questions affecting the whole people is to be irrevocably fixed by decisions of the Supreme Court the instant they are made, in ordinary litigation between parties in personal actions, the people will have ceased to be their own rulers, having to that extent practically resigned their government into the hands of that eminent tribunal.
Aparece en 756 libros desde 1861-2008
Página 61 - It is of great importance in a republic, not only to guard the society against the oppression of its rulers; but to guard one part of the society against the injustice of the other part.
Aparece en 417 libros desde 1811-2008
Más
Página 33 - The interpretation of the laws is the proper and peculiar province of the Courts. A Constitution is, in fact, and must be regarded by the Judges, as a fundamental law. It therefore belongs to them to ascertain its meaning, as well as the meaning of any particular Act proceeding from the Legislative body.
Aparece en 497 libros desde 1815-2008
Página 72 - I hold it that a little rebellion now and then is a good thing, and as necessary in the political world as storms in the physical.
Aparece en 457 libros desde 1829-2008
Página 66 - Sometimes it is said that man cannot be trusted with the government of himself. Can he, then, be trusted with the government of others? Or have we found angels in the forms of kings to govern him? Let history answer this question.
Aparece en 544 libros desde 1801-2008
Página 90 - A zeal for different opinions concerning religion, concerning Government, and many other points, as well of speculation as of practice ; an attachment to different leaders ambitiously contending for preeminence and power ; or to persons of other descriptions whose fortunes have been interesting to the human passions, have, in turn, divided mankind into parties, inflamed them with mutual animosity, and rendered them much more disposed to vex and oppress each other, than to cooperate for their common...
Aparece en 206 libros desde 1817-2007
Página 90 - To secure the public good and private rights against the danger of such -1 faction, and at the same time to preserve the spirit and the form of popular government, is then the great object to which our inquiries are Directed.
Aparece en 285 libros desde 1814-2008
Página 68 - Britain; and that the King's Majesty, by and with the advice and consent of the Lords spiritual and temporal and Commons of Great Britain in Parliament assembled, had, hath and of right ought to have, full power and authority to make laws and statutes of sufficient force and validity to bind the colonies and people of America, subjects of the Crown of Great Britain in all cases whatsoever.
Aparece en 802 libros desde 1738-2008
Página xv - I discharged every person under punishment or prosecution under the sedition law, because I considered, and now consider, that law to be a nullity, as absolute and as palpable as if Congress had ordered us to fall down and worship a golden image...
Aparece en 191 libros desde 1829-2008
Página 79 - If men were angels, no government would be necessary. If angels were to govern men, neither external nor internal controls on government would be necessary. In framing a government which is to be administered by men over men, the great difficulty lies in this: you must first enable the government to control the governed; and in the next place oblige it to control itself.
Aparece en 1147 libros desde 1798-2008
Menos 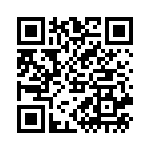