The author is a husband and father of nine sons and four daughters. He was raised on a cattle and sheep ranch in the beautiful Star Valley of Wyoming. He was a U.S. Marine, two years (1947-1949) in Tsingtao, China. When he returned home, he married, and he obtained a B.S. and M.S., and went on to teach high school students for ten years. He was a Management Analyst for the Air Force and became an author upon retiring. 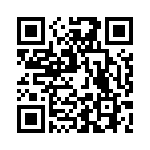