Katrien Vloeberghs is a Postdoctoral Research Fellow of the Fund for Scientific Research - Flanders and a member of the Literature Department at the University of Antwerp (Belgium). Her research areas include children's literature, figurations of childhood in twentieth-century literary and philosophical discourses, German literature and Holocaust literature. In her postdoctoral research at the Institute of Jewish Studies at the University of Antwerp, she investigates the representation of the Holocaust in literature written from a child's perspective. Thomas Crombez is a Research Assistant at the University of Antwerp (Theatre Studies). He obtained his doctorate in 2006 with a dissertation on The Antitheatre of Antonin Artaud: An examination of esthetic transgression, applied to the contemporary theatre. www.zombrec.be 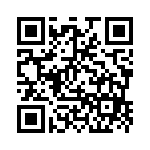