Pįgina 55
Soon afterward , State Senator Roosevelt , barely thirty - one years old , was
invited to Washington , D . C . , and appointed assistant secretary of the navy .
Once again the family moved , this time to a rented house in the nation ' s capital .
Pįgina 56
Their social schedule was too much for Eleanor to handle alone . She spent so
much time arranging her calling list , answering and sending invitations , that she
finally hired a social secretary , a vivacious young woman named Lucy Mercer .
Pįgina 123
ON SON After breakfast , she went over the day ' s schedule with the chief usher
of the White House , the social secretary , and the housekeeper . Then she
settled down to work with her personal assistant , Malvina Thompson . Mrs .
Roosevelt ... 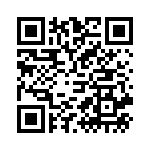