Hugh Blair’s Lectures on Rhetoric was huge back in the early 19th century by writers in English composition and rhetoric. This is one of the older, and hopefully more valuable, abridged editions. It also contains some study question.
I came to Blair after reading David Irving’s note of appreciation in his Preface for Elements of English Composition. My suspicion is that this work, Lectures, became popular more on the strength of Blair’s rhetorical art than for riveting reading. Nonetheless, Blair had noble intentions: “Though they [rules and instructions] are incapable of producing great excellencies, they may at least serve to prevent considerable mistakes” (10).
Blair, Hugh. Lectures on Rhetoric, Abridged. New York: Collins, 1831. http://books.google.com/books/reader?id=DPkAAAAAYAAJ.

Página 22 - And he rode upon a cherub, and did fly: yea, he did fly upon the wings of the wind.
Aparece en 959 libros desde 1732-2008
Página 96 - Me miserable ! which way shall I fly Infinite wrath, and infinite despair? Which way I fly is Hell; myself am Hell; And, in the lowest deep, a lower deep Still threatening to devour me opens wide, To which the Hell I suffer seems a Heaven.
Aparece en 589 libros desde 1795-2008
Más
Página 215 - Stooping through a fleecy cloud. Oft on a plat of rising ground I hear the far-off curfew sound Over some wide-watered shore, Swinging slow with sullen roar ; Or, if the air will not permit, Some still, removed place will fit, Where glowing embers through the room Teach light to counterfeit a gloom...
Aparece en 737 libros desde 1707-2008
Página 123 - The sense of feeling c-an indeed give us a notion of extension, shape, and all other ideas that enter at the eye except colours: but at the same time, it is very much straitened and confined in its operations, to the number, bulk, and distance of its particular objects.
Aparece en 178 libros desde 1729-2008
Página 128 - He can converse with a picture, and find an agreeable companion in a statue. He meets with a secret refreshment in a description, and often feels a greater satisfaction in the prospect of fields and meadows than another does in the possession. It gives him, indeed, a kind of property in every thing he sees...
Aparece en 259 libros desde 1726-2008
Página 219 - The God of Israel said, the Rock of Israel spake to me. He that ruleth over men must be just, ruling in the fear of God...
Aparece en 551 libros desde 1703-2008
Página 99 - At even, which I bred up with tender hand From the first opening bud, and gave ye names ; Who now shall rear ye to the sun, or rank Your tribes, and water from the ambrosial fount?
Aparece en 422 libros desde 1776-2008
Página 217 - O SING unto the Lord a new song: sing unto the Lord, all the earth.
Aparece en 777 libros desde 1602-2008
Página 23 - Thus saith the Lord, thy redeemer, and he that formed thee from the womb, I am the Lord that maketh all things; that stretcheth forth the heavens alone; that spreadeth abroad the earth by myself...
Aparece en 521 libros desde 1611-2008
Página 177 - Before all temples the upright heart and pure, Instruct me, for thou know'st; thou from the first Wast present, and, with mighty wings outspread, Dove-like, sat'st brooding on the vast abyss, And mad'st it pregnant: what in me is dark Illumine; what is low, raise and support...
Aparece en 889 libros desde 1795-2008
Menos 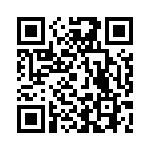