Pįgina 29 - Then to side with Truth is noble when we share her wretched crust, Ere her cause bring fame and profit, and 't is prosperous to be just; Then it is the brave man chooses, while the coward stands aside, Doubting in his abject spirit, till his Lord is crucified, And the multitude make virtue of the faith they had denied.
Aparece en 512 libros desde 1841-2008
Pįgina 27 - Organization where these purposes are set forth as: " '. . . voluntarily to promote equality of rights and eradicate caste or race prejudice among the citizens of the United States; to advance the interest of colored citizens; to secure for them impartial suffrage; and to increase their opportunities for securing justice in the courts, education for their children, employment according to their ability, and complete equality before the law.
Aparece en 45 libros desde 1798-2001
Mįs
Pįgina 29 - Finally, its editorial page will stand for the rights of men, irrespective of color or race, for the highest ideals of American democracy, and for reasonable but earnest and persistent attempts to gain these rights and realize these ideals.
Aparece en 31 libros desde 1910-2008
Menos

Langston Hughes, February 1, 1902 - May 22, 1967 Langston Hughes, one of the foremost black writers to emerge from the Harlem Renaissance, was born on February 1, 1902, in Joplin, Mo. Hughes briefly attended Columbia University before working numerous jobs including busboy, cook, and steward. While working as a busboy, he showed his poems to American poet Vachel Lindsay, who helped launch his career. He soon obtained a scholarship to Lincoln University and had several works published. Hughes is noted for his depictions of the black experience. In addition to the black dialect, he incorporated the rhythms of jazz and the blues into his poetry. While many recognized his talent, many blacks disapproved of his unflattering portrayal of black life. His numerous published volumes include, "The Weary Blues," "Fine Clothes to the Jew," and "Montage of a Dream Deferred." Hughes earned several awards during his lifetime including: a Guggenheim fellowship, an American Academy of Arts and Letters Grant, and a Spingarn Medal from the NAACP. Langston Hughes died of heart failure on May 22, 1967. 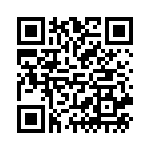